This year Cinegear was HOT! Litterally. Record breaking heat. I heard it was 106 in Burbank. Free waters and other beverages were running out as soon as they arrived and the slushie machines couldn't get the slushies to turn to slush.

Aside from the heat, this was a great Cinegear. Personal highlights are:

Sitting on the tram shuttle next to Garret Brown. (personal hero)
Catching a glimpse of a large Sleestack temple on the back lot.
Having dinner with my friends from filmschool days- Koji Kojima (union AC), Eric Petersen (union DP), and Aaron Rattner (producer, thinking about the union.)

As far as highlights from the show goes, here are my top pics (not in any order): 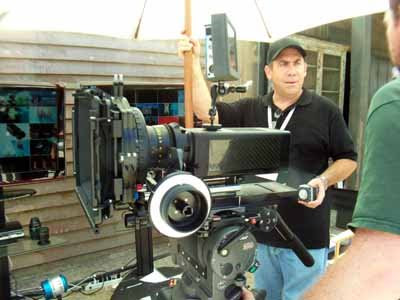 This camera purports to be a “Phantom Killer”, and with the specs and footage they presented, it should be. 1,000fps @ 2,352x1,728, 16GB onboard memory, onboard battery, 1,000 ASA, Nikon lens mount, and MUCH cheaper than the Phantom. However... They had a couple of cameras on display and I asked if I could see a filming demo. They said “sure!, come back in two hours”. I did. They said their model wasn't ready, it was too hot (in truth, it was). I suggested throwing flower petals, or using myself as a model, but they said to come back tomorrow at 1pm. I did. They said they were not ready, so I called them on it, mentioning that I had just come from a Phantom demo where they filmed and played back footage of a quarter flipping. They said they could, but because they just had prototypes, they didn't want to try in case something went wrong. Well something did go wrong – their marketing. Grrr... What could have been an “A” product, get's an “F” in my book. Well, at least an incomplete...
www.Idtvision.com

They did make arrangements for an in-house demo. My best man, good friend, and union DP Eric Petersen will be doing the test drive. Check here for updates:
www.eric-petersen.com 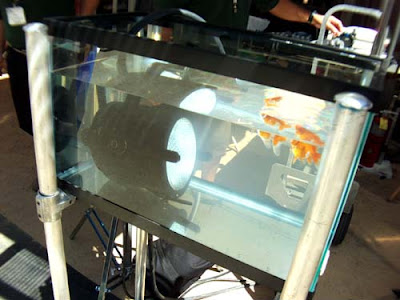 This one gets the best demo award. A daylight balanced LED light that is completely waterproof. A must-have for ENG or as an under-water lighting effect.
Acmelightingandgrip.com
Kometled.com


Coolest demo of the show. 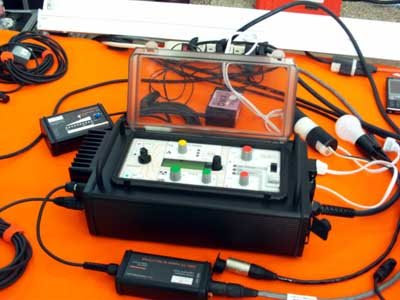 This is an amazing flickerbox, not only does it flicker, but it can be used to control larger sources (HMIs for lightning), fake fluorescent flicker, and as a remote trigger for off-screen lights to “sense” when a practical light is turned on or off (inline like for a lamp, or visually like blowing out a candle) Rumor has it that Wooden nickel will be renting them. Call Brian and ask.
movie-inter.com


This clip shows how the flicker box senses voltage from a practical and uses that to control large fixture lighting. Notice the lights in the background turning on and off as the bulb in the foreground is wiggled.

This clip shows how the flicker box can use an optical sensor to trigger larger fixtures. Notice how the light tuns on and off in relation to the flame. 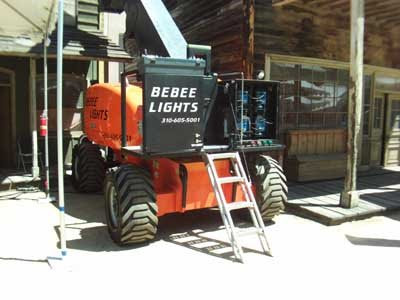 What's great about this light is that you can just rent the light and crane, you don't need an operator. Each of the four lights are independently controlled with a joystick, and you can aim them with a video camera and see where they are pointing. Very cool for the independent production.
Nightlightsbybeebee.com


Here is a movie showing how you can “see” where the lights are pointing.


Here is a quick clip that shows what the Cinezone monitor looks like.

By putting polarizer gels on the windows and a rotating polo on the lens, you can “dial” in the amount of ND on the window from clear to black, and yet the light still comes in and lights thru the window. Imagine going from interior day to interior night with the turn of a wrist. Very cool. Very expensive - $900/roll, but for the right application...
Rosco.com

In addition to the list above, the seminars this year were very, very good.
The post production panel with Jeffreey Stansfield, Philip Hodgetts, and Larry Jordan.
This was a great panel discussion, and they went over many things I had been wanting to learn more on, including storage and archiving of digital material.

The waveform/vectorscope seminar put on by Leader Instruments. 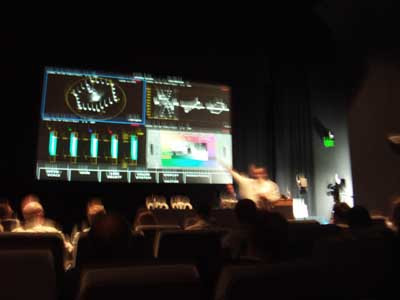 As my friend Eric Petersen said: “Finally, a seminar where I actually learned something!” This seminar went over how to properly read a waveform/vectorscope and how to setup up a camera properly.

The Nip/Tuck discussion with Chris Baffa, ASC.
This discussion went beyond the nuts and bolts of the normal cinematography discussion, in to the psychological reasons behind the cinematographic palate, as well as producer/client relations. Very, very useful. The talk went almost an hour over and I didn't even notice.

The lighting workshop with Paul Cameron, ASC.
This discussion was hosted by Paul Cameron at the Mole Studio. Here he showed how to light with an eye for realism and beauty for the HD format. He went into some of his lighting creations and techniques as well as discussing trends in the industry.

Again very, very informative, and it made me a bit sad when it was over and I had to board my plane home. Good job, well done Cinegear 2008. 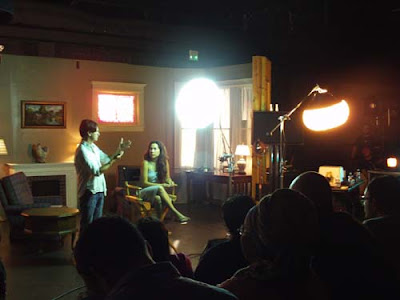 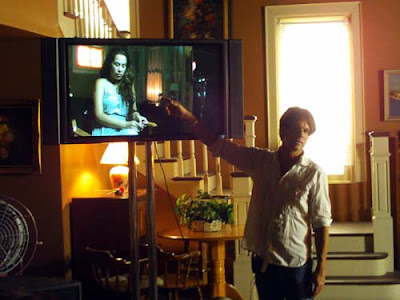 Here is what it looks like on the monitor. 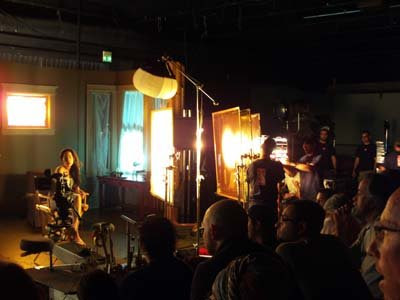 Here is a setup trying to replicate the look: a 4x with a bedsheet, and 3 layers of various strengths of CTO and CTS in front of a 2k.

Here is a quick clip showing Paul Cameron discussing the sodium and mercury fixtures he had built into Jem Balls: