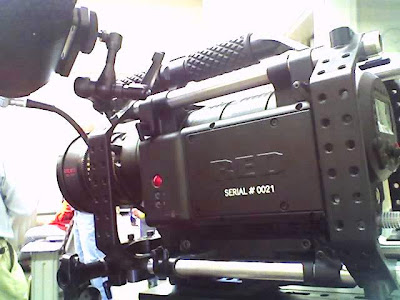 Saturday I had a chance to attend a RED Camera demonstration by Torrey Loomis of Silverado Systems. They have 2 Red Cameras, serial #s 21 and 22. The presentation only briefly discussed the camera, and instead spent most of the demonstration going over workflow and software. That seems to be the biggest end of the equation: post. We may have opportunity to shoot a spot in the next couple of weeks, but it’s all dependent on if we can make the workflow work with our Final Cut set-up. 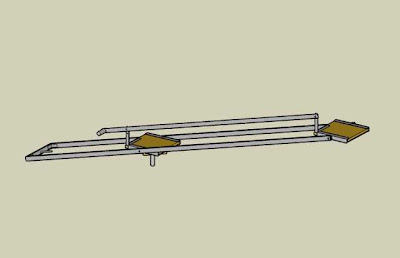 So I think I may build another Jib.
This one will be my 3rd. The first model was highly successful. It’s main beam was 4” square aluminum tubing and was 8’ long. It was designed to fit on a Mitchell mount tripod (which were in abundance at my filmschool). It was simple and robust. It was strong enough to hold a fully loaded BL4 no problem. It also got a lot of use. At one point I lent it out to a friend, then another, then another – it spent 6 months floating around film school before I called it back for a feature. I’d occasionally see it on shoots around campus at random times. That worked out good for me, it wasn’t easy storing an 8’ hunk of metal in our 1 bedroom apartment. I eventually had to get rid of it due to storage issues.

Once we bought a house (with a garage!) I once again got the bug to build a jib. The 2nd version was to be built of tubular aluminum pipes and “T” joints. It worked great on paper and in my head. In real life – not so much. After building the fulcrum I decided not to proceed as the tolerance was just too loose.

After renting my friends Cobra II crane, I’m now inspired to build a new Jib. I’ve decided to model it after the Cobra II design, but with a few changes (upgrades in my book)

First, I’ve decided to build a junior mount base. This will eliminate the single most expensive part of any home built jib – the tripod. Instead I can use any common junior or combo stand. I can also extend the combo stand up for big height if needed, something you can’t do with a tripod. 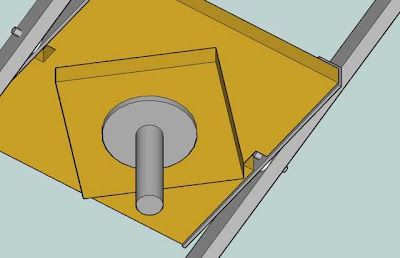 The second change is to incorporate a lazy susan bearing into the base, this should (hopefully) allow for easy pans. 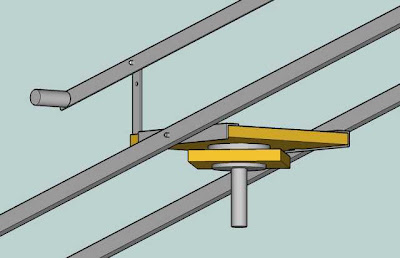 The third change is to have the option of a locked level, or a hand operated tilt mechanism. 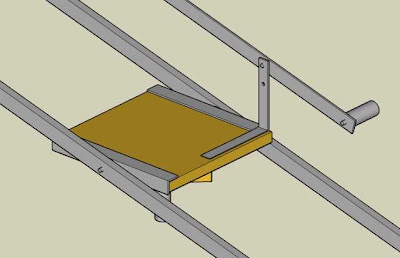 This picture shows it in locked position, but you could unlock and use the guide bolts to determine the level.
I’ve never liked the way the Cobra relies on the tripod head to tilt the camera. It has always seemed a fairly wonky setup - putting all that weight on a fluid head, then tilting it up and down. My design is similar to Agung’s design, and it seems a much better way to do it: 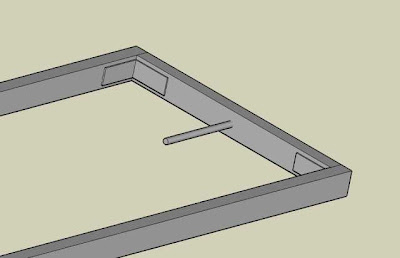 Here is a final shot that shows the back end where the weights will be mounted. I plan on filling the aluminum tubing with wooden dowels at this point and at the fulcrum to make it more rigid.

Well, hopefully it will work as good in life as it does in my head!
Posted by Unknown at 4:56 PM

So my cat (Jazzman) brought home her 7th trophy mouse head last night. She left it on the back porch. It’s kind of gruesome. She eats everything but the head and spine. It’s better than the alternative, which is to have 7 mice and their offspring running around my house. Good job mousebreath. 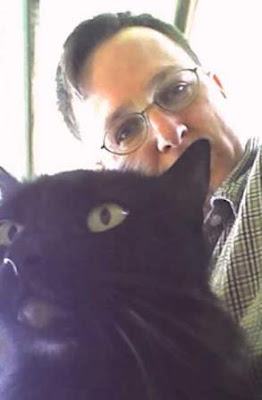 In case you haven’t seen this before, here is a small clip of her in action when she was smaller and cuter:

http://emrl.com/j/downloads/jasmine1.mov
Posted by Unknown at 4:54 PM