The Tile Outlet spot is done and on the air! Everyone seems happy, now it’s just time to burn DVD copies for everyone involved

Here is a 9 meg version:http://www.stickypod.com/stickypod_u...l%20Medium.mov

Here is a 2.5 meg version:http://www.stickypod.com/stickypod_u...et%20Final.mov 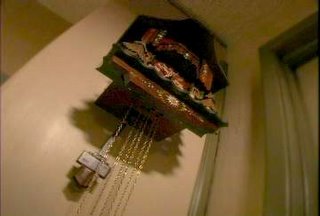 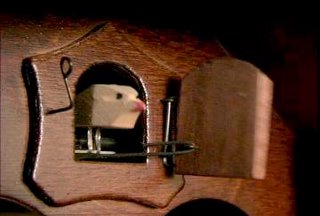 Whew! We just completed production on the Tile Outlet "Tile Obsession" spot, and I'm looking forward to cutting it. The day went very well, thanks to the efforts of the client and efforts on the part of the actors. A lot of planning went into this one, and it paid off. Here are some uncorrected screen grabs: 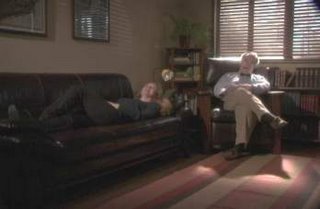 The Patient (Laura Moore) in the Psychologist's office (My Livingroom). This was lit by a shinyboard thru a CTO'd window, and a couple of 650s pumped into the ceiling for fill. There is also a 650 flooded out on the psychologist and patient. (no diffusion: either very bold, or in a hurry...) 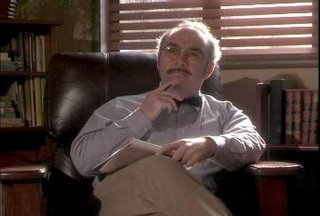 MS on the Psychologist (Actor Brian Quigley). Pop-up factoid: Some of the books on the shelf are "Rockets, Satellites and Space Travel" "Michael Gets the Measles" and "Survive the Coming Nuclear War: How to do it." 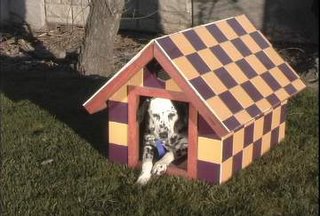 An example of the patient's tile obsession: the tiled dog-house. 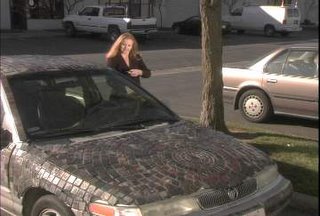 Even worse: the tiled automobile! Pop-up Factoid: the cover to the gas tank was left open, but the hood was sealed shut... good luck changing the oil! 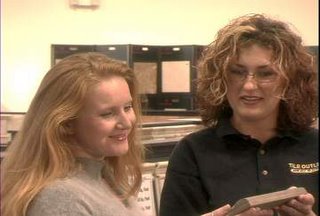 A slow dolly 2-shot on location at a Tile Outlet retail store. This was a little more complicated than imagined, but at it turned out, the lighting was not that complicated. I just had to watch the color temps. We had a wall of windows pumping in slightly blue tinted soft sunlight (we scheduled this for afternoon as the windows are east facing). The overheads are some form of metal halide (6k kelvin?). For fill I used a 650 w/ full blue bounced off of a 4' shiny board to soften it. 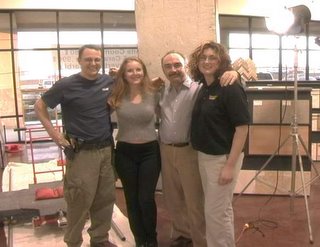 It's a wrap! Left to right: Myself, Laura Moore, Brian Quigley, and Jamie Duckworth in beautiful Manteca, California!
Posted by Unknown at 9:03 PM

Things are coming along swimmingly. We have the two actors locked in I was hoping to get.

The locations and props all look great

And now for your moment of zen...

I just got client approval for a commercial spot I am a little excited about. It's for "Tile Outlet", and they wanted a commercial that was a little more creative than the usual commercial... hearing something like that is always music to my ears! I pitched to them a 4 commercial campaign based upon a jingle theme, but that got turned down due to budget concerns (I'm still holding on that idea though...) The second option is a spot about a man (or woman) who is obsessed with tile, so much so that they tile everything in sight and have to see a shrink. Anyways, the client loved the idea, and the storyboards and is really excited about the project. So much so that they are in the process right now of building props. Below is a shot of the tile dog house. After that they are going to tile a refrigerator, then an automobile! Cool huh. The shoot is scheduled for next week, I will post more as we get closer... 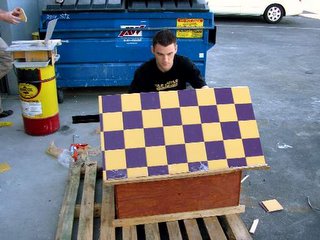 On The Mountain - Finished!

The editing and post work are done on the "On The Mountain" spot. The whites cleaned up great, and the post effects turned out Very, Very good, thanks to Rey Jaraba in A.E. Here are some images. 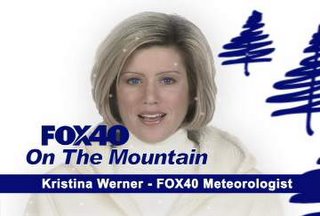 The Scene starts off with the talent in a white CYC, as blue squiggles are drawn in the background. Note: her eyes have been subtly changed to match the background palate (After Effects, or Spice?) 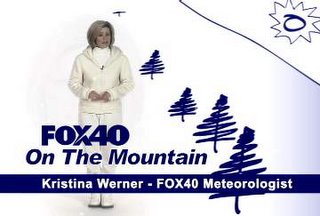 We cut to a wider shot to reveal the talent in front of a playful rendition of a snow covered mountain. 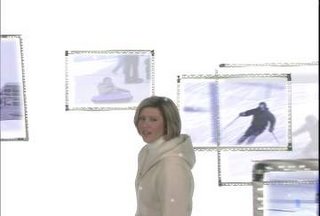 This is a dolly shot to the left. Note that the talent walks inbetween the "video screens", which are semi-transparent in appearance. Also, there are subtle snowflakes falling throughout the spot. 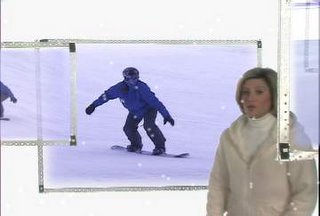 After watching some of the snow footage, we dolly back out of a frame, then lead the talent back into a wide shot with multiple screens.
Posted by Unknown at 7:38 PM