This week I shot PSA for positive sportsmanship. The good news is we were able to shoot it on location inside of Raley field, a minor league baseball stadium, the bad news was that due to talent and venue restrictions, we had to be in and out in *less than one hour*! Gadzooks.

Well It was just me and the talent, and I knew what I wanted to get, so I quickly loaded all the grip and camera on a mathews doorway dolly and made my way down to the field. I used 2 shinyboards for the wide shots, and a 4x piece of foamcard for the closeups.

The Camera was a DVX 100, and I usually shoot with a Tiffen ¼ Black Promist as a matter of course, but the edit will need to match with some stock footage (shot on film) without a filter, so I took it off. I have to say I am very impressed with the camera barebones without filtration (Aside for a linear polarizer to darken the sky). With just a little color tweeking in post, the footage cut very well with the stock footage. (Just missing some occasional dust specks!) anyways, here are some screen grabs: 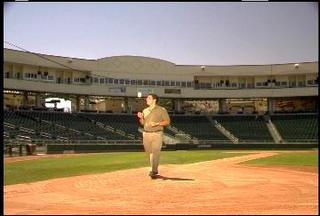 Our first setup, we were a little rushed, and the talent was a little "hot" with the shinyboards. (Did I mention it was over 100 degrees that day?) 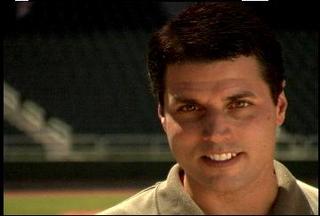 A closeup with a much softer (and cooler!) beadboard fill. 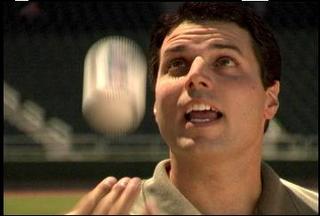 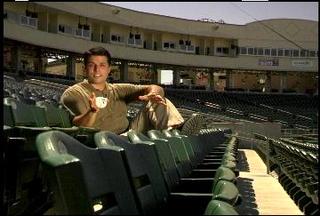 This Saturday we had the premiere for the Echopheen Music video at the Sacramento Film and Music Festival. It was a really great showing, the crowd cheered at just the right moments you wanted them to cheer. 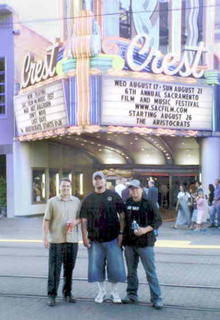 Myself, the Joshua the Lead Singer, and Erik Espera the Director outside the Festival. 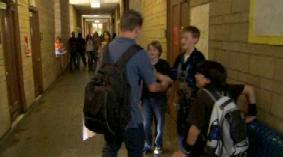 The kids in the hall. 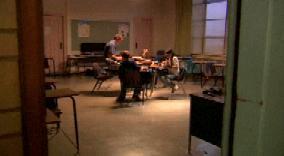 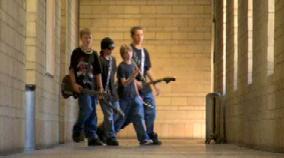 On the way to their first gig. 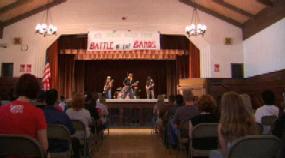 Their first Gig. I like the piano and flag, nice touch. 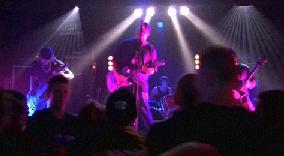 Same stage, older Echopheen and different lighting. What a difference lighting can make. 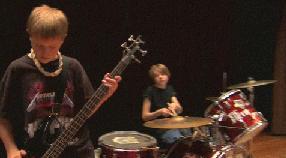 A 2 shot of the young drummer and bassist, indigenous lighting. 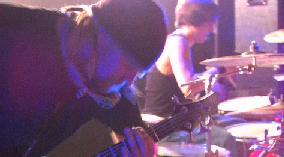 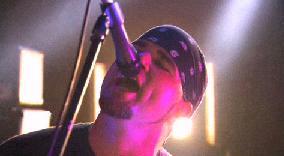 CU of the lead singer, Josh.
Posted by Unknown at 9:11 PM

I'm With The Band Contest

I shot some bluescreen material for a contest top win tickets to see Motley Crue. The plan was to shoot some goofy angles and put concert footage behind it. We also shot digital stills of the talent with the intent of animating it south-park style.

Well, the live action stuff turned out OK, but it dosent hold a candle to the shots animated by Post-Master Rey Jaraba (www.digitallithium.com).

You can download a :20 version of it at: www.emrl.com/j/downloads/crue20.wmv 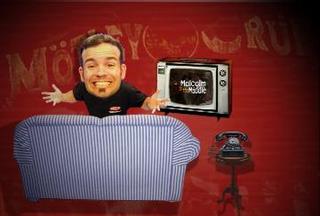 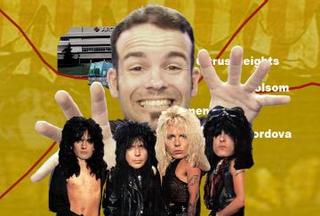