The Studio of Tomorrow

After two years, we are finally finishing production of a short film I crewed on. As luck would have it, two days of production were filming in Oakland. 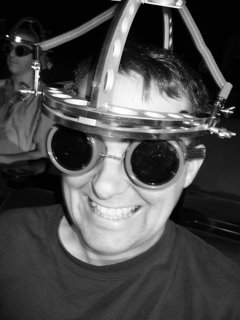 I jumped at the opportunity to work with some long-time friends on what is quite possibly the best short film I have been associated with. Lots of cool people on this shoot, and I can’t wait to see an end result. I’m sure you will see something, as this project should be verry good. My job was Key Grip, I got to work with old friends Eric Petersen, who gaffed, Aaron Rattner who produced, as well as many new ones, including the director, Teddy Newton (of Pixar fame!) Life is good when you are working on a great project with a great crew, thanks guys for the opportunity!

I got to make my second cameo – look for the back of my head in the final edit!