Every time I’ve been in Blockbuster I’ve been tempted to pick up a copy of one of Asylum Films knock-off versions of the recent batch of summer blockbusters. I know they’re gonna suck, I’m just curious to see just how bad they’re going to suck. Asylum is one of those production companies that cranks out knock-off films. 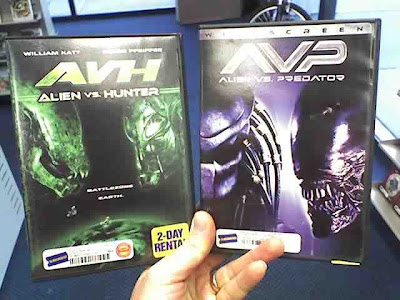 Here is their most recent release, “Alien Vs. Hunter”. No doubt released in time to capitalize on the trailers for the new “Alien Vs. Predator” sequel. Although why you would want to make a crappy knock-off of a crappy studio film is beyond me. 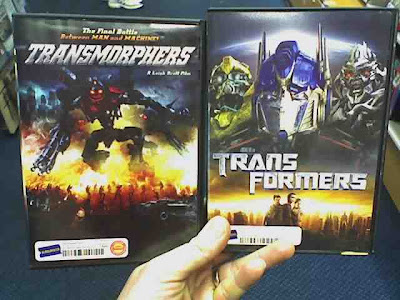 They also have a movie titled “I am Omega”, skillfully blending the recent Will Smith blockbuster “I am Legend” remake with the Chuck Heston classic “Omega Man”. Nice.

When I was working in LA, I’d met several grips and electricians who worked on Asylum productions. They all worked on one, learned their lesson then moved on. I too had hoped to work on an Asylum film and learn my lesson, but never had the opportunity. Alas, I can only watch the productions and enjoy them from the viewer’s perspective. Perhaps some Saturday afternoon soon I will have an Asylum viewing marathon.