Normally I like to be involved in the post process as much as possible, but there is a special magic when you see a project for the first time accidentally on air or on the shelf of the video store.

Today I saw for the first time a spot I shot a little while ago. It's for America's Lending Partners. We actually shot four spots, and I tracked down copies of two of them. They were shot in HiDef with the Varicam. We had a full crew and it was the first time I worked with Gaffer Dave Bunge and his 5-ton truck. I Highly recommend him, he works all over NorCal (1-888-818-4448). In fact we had such a great crew that this was the most enjoyable set I have worked on since I came back from L.A. We shot the 4 vignettes all at one location, and in one (less than!) ten hour day. It should be airing on CNN, Headline News, Dish Network, and other channels, so keep an eye peeled! 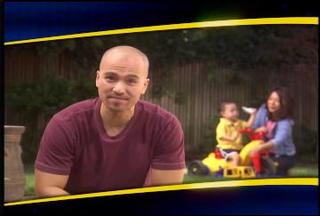 This was our first location, the backyard scene.

The lighting set up for this shot. 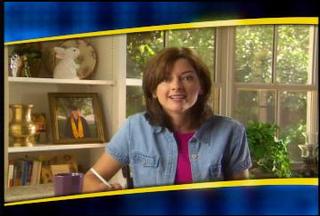 The second scene of the day, the interior scene.