I just got a clip online from a morning news promotional spot I shot. You can see it at: http://emrl.com/j/downloads/amnews.wmv . This spot is all about motion. Either dolly moves, or time-lapse, or ramping, so a lot of the stills don't do it justice.

It is ~2.6 megs to download. We shot 12 featured actors at 12 locations for a :30 spot! It's nice to see it come together well. It was all shot with the DVX100, except for the time-lapse stuff which was shot with a betacam and sped up in post. Here are some stills: 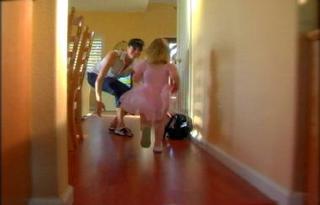 A little balerina on her way to dance class. 2 shiny boards pumping light in from outside and hitting the wall on the right, and a 500w fresnell w/ full CTB putting a hot spot on the left. 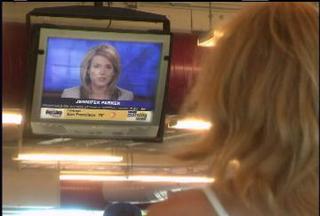 A woman jogging while watching the news. We couldn't feed an image into the monitor, so this image was inserted in aftereffects by Rey Jaraba. 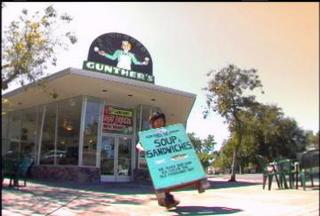 Yumm.... Gunthers! What better location than the best ice creamery in town! 2 shiney boards hit the sign to make it pop, and a .6 century wide adapter give this dolly in a compelling feel. 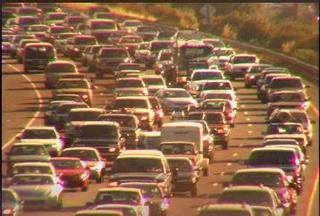 Morning traffic on I-80. I used a 3x extender on the DVX to get this compression. The adapter degrades the image, but it has a great feel, perfect for this application. Someone stuck in traffic below told me later they saw me on the bridge filming! 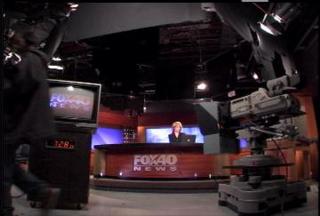 Again I used the century adapter for this dolly in shot.