The last setup of the day was the shots of the band entering the venue. As you can see, we had lots of screaming extras. Lots is not hundreds though. Normally, we would stack and re-arrange to fill out each shot. The problem was most of the background had direct sun, and was way too hot to include in any shot. We were also pressed for time, so I decided to let the gaffer start to wrap and not to use any lighting. At the time I regretted it, thinking it would be nice to see light on their faces, but after reviewing the footage, I think it was the right decision in light of diminishing returns. 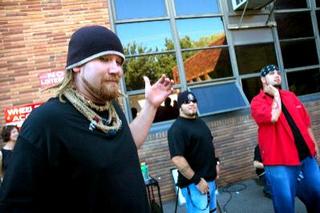 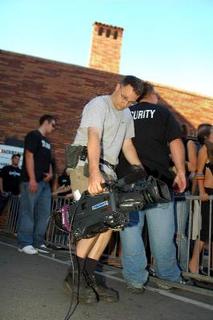 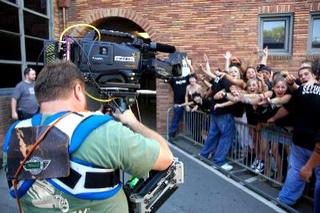 Steadicam operator Bret Allen has a lot of fans. 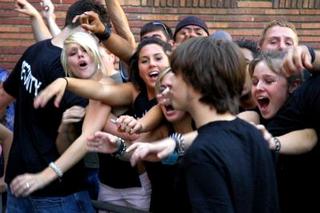